Increasing number of foreigners working in the Netherlands

The number of foreigners working in the construction market the Netherlands in 2020 may increase up to 50,000. 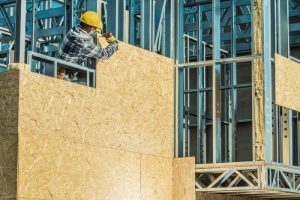 The significant increase in the number of foreign employees has aroused interest of research institutions. Research has been started to analyze and explain this phenomenon, and attempts are being made to forecast the impact of temporary workers on the Dutch labor market.

In the middle of the previous year (2019) The Economic Construction Institute issued a document  called ‘Foreign temporary workers in construction’. The aim of the research was to describe the experience related to foreign employees.

Noticeable increase in the number of foreigners at the construction site: 40 percent of new jobs for non-Dutch people

The construction market in the Netherlands is still growing in strength. The demand for labor is so significant that most construction work cannot deliver without increasing the account of foreign workers in their teams. EIB forecasts indicate that as many as 40 percent of new jobs will go to people with the origin outside of the Netherlands.

Support in the construction sector will be provided mainly by employees from Poland, Romania and Bulgaria.

One of the reasons for the anticipated increase in the workforce may also be Brexit. Foreigners living and working in the UK will not change their place of residence for the most part, but new temporary workers seeking work abroad will mostly choose other countries, including the Netherlands.

The EIB also examined the reasons why the Dutch decide to cooperate with foreigners.
By far the most important reason for choosing foreign employees is the lack of staff (74%). Only 12% of constructors report lower costs for foreigners as a reason for their employment. Only 14% of respondents as the reason for employing foreigners give flexibility.

The number of foreign employees is still growing

Data from 2017 indicates that Poland (8890) and Turkey (5565) are countries from which half of the labor force comes from. The number of Poles working in construction (employees and ZZP’ers) increased by 27 percent between 2015 and 2017.

According to the EIB, problems caused by poor professional knowledge of foreigners are rare. Experienced foreign employees are not rated worse than Dutch employees. Poles coming to the Netherlands have or quickly gain certificates entitling them to work at the workplace as well as VCA licenses.

Communication is the most important point for improvement

Improving communication requires new solutions. It can be hiring a coordinator who speaks two languages ​​and is able to give orders and translate current work rules. Another way is to organize training for foreign employees in their native language and to translate the regulations, work rules and safety rules. The growing number of foreigners in the Netherlands has contributed to the fact that it is now possible to undergo VCA Basis training in as many as 18 languages.

It often happens that foreign employees speak English (at least at a basic level), which also improves communication. Employees who settle in the Netherlands for longer or decide to stay permanently can learn Dutch.